As we left Tennessee and drove through Virginia, we decided to explore some mountain back roads. The path less traveled is always a good idea: we found bursting roadside gardens, which added so much vibrancy to the little towns. We found a treasure-filled antique shop, and an old-fashioned mill built in 1750, which we loved because it showed nature’s clean, pure power.

We drove along the Blue Ridge Parkway, and listened to this song by Fleet Foxes, and then visited Monticello, Thomas Jefferson’s masterpiece home. The house was filled with Native American artifacts that Lewis and Clark found on their expeditions, with golden compasses and silver inventions, and with yellowing, scrawly maps of Africa and South America. We learned that Jefferson had instructed Lewis and Clark to invite the Native leaders they came across to visit Jefferson in Washington, and several of them actually went to visit. Jefferson’s home was full of portraits and silhouettes of leaders he had met and admired, including Native American leaders, his friends George Washington and John Adams, Galileo, Issac Newton, and many more. We explored the shadowy stone cellar, where he brewed wine and beer, and finally his terraced vegetable garden, which overlooked the Piedmont region of Virginia. Thomas Jefferson described this blue mountain view as waves rolling away from him.

We were grateful, too, to hear the stories of the artisans behind Monticello, those in the bondage of slavery, which for the first twenty years of touring were not talked about. We loved hearing about the skill of the artisans and seeing their work, like the stone mason, who carved Greek pillars for the front of the house, the carpenter, who carved much of the furniture in a style called “joining” which means not using nails, and James Hemmings, who traveled with Jefferson to France to learn the art of French cooking. Read the stories of these workers here.

It was a complicated reality to acknowledge that one of our founding fathers had the time to study and devote himself to politics – and to the idea of liberty – only because he had so many skilled people enslaved to him. Our guide, who talked to us under an oak tree with honey bees buzzing around his straw hat, spoke about how Jefferson always philosophically spoke against slavery, yet paradoxically kept people in bondage all his life. Jefferson spoke about how individual freedom leads to the greatest progress, and sometimes employed this idea, like when he paid his barrel makers to incentivize increased production. But the reality is that he often did not practice his philosophical ideals on human freedom, claiming that he had no practicable solution to ending slavery and that his work needed work needed to be focused on creating the new country.

We think it’s so important that the stories of these artisans, which had been silenced for so many years, are finally being told. It reminded us of the importance of recognizing the stories of those who make our society possible all over the world – the seamstresses, the miners, the farmers, and more. As a developed country, we say we believe in Life, Liberty and the Pursuit of Happiness for all, but our unthinking reliance can sometimes contradict our own philosophical ideals. To be movers and shakers, we must remember that nothing can change with complacency. We must actively use our purchasing and creative power to fight consumerism and exploitation in favor of a more just way of living, including awareness of each and every producer. The next time you pick up a shirt, think of the seamstress. The next time you buy coffee, think of the farmer. This kind of conscious living leads to fair wages for the producer and quality goods for the receiver.

We’re grateful there are so many ethical companies out there to support. Fashion can be a huge force for good when we make an effort to purchase goods that empower and support the makers. Above, Sophie is wearing a maxi dress from Chaos Card Company, a local Austin brand, and a hat from Mamie Ruth, a company based in Savannah, whose owner we became friends with at Bonnaroo. Naturally, she’s wearing a pair Teysha shoes – a new style of Guate Kicks debuting soon.

We’d love to hear your thoughts on other ways we can all help to promote Life, Liberty, and the Pursuit of Happiness in your own and others lives. We’ll publish our favorite ideas in the next blog post! 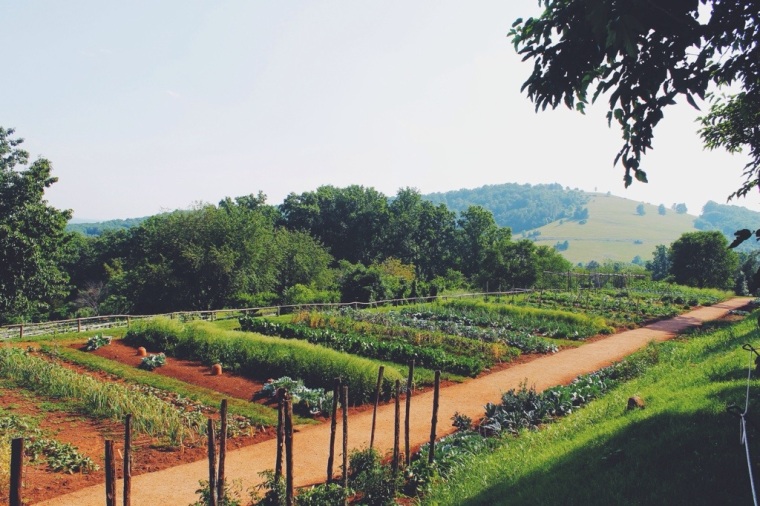